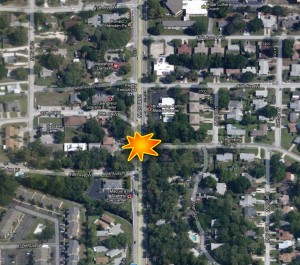 The driver of a black pickup truck that caused a multi-car accident with injuries in Manatee County is wanted by the Florida Highway Patrol.

FHP gave the following details of the accident; On 26th Street West southbound lane in Bradenton a black pickup truck slammed into the back of a 2012 Malibu. The impact of the collision shoved the car into a Ford Taurus with enough force to push the Taurus into a collision with a Ford Mustang.

Witnesses stated the driver of the pick up truck was a black male in his thirties with shaggy hair and the pickup truck was black with chrome detailing.

The impacts of the collision resulted in both the driver, Joann Savard, 48, of Bradenton and passenger, Dustin Morton, 27, of Bradenton of the Ford Taurus sustaining minor injuries.

FHP Troopers have asked anyone with knowledge of the driver or hit-and-run  accident to contact them at (239) 938-1800.
Tags :
26th Street WestBradentonhit and run