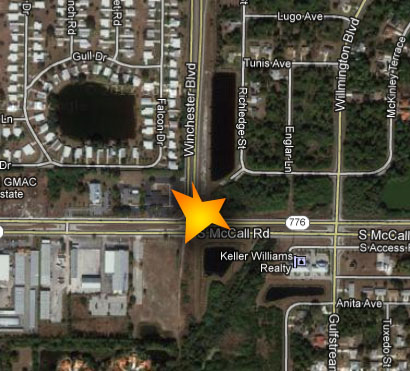 Gonzalez, driving a 2006 Chevy Corvette attempted to enter the eastbound side of McCall Road from Winchester Blvd, but turned directly in front of oncoming traffic.

Gonzalez collided with a 2008 Toyota SUV driven by 64 year old Brandon Crain Murphy, from North Port. Both men where wearing seat belts and Murphy was not injured in the crash.

FHP is still investigating the accident.