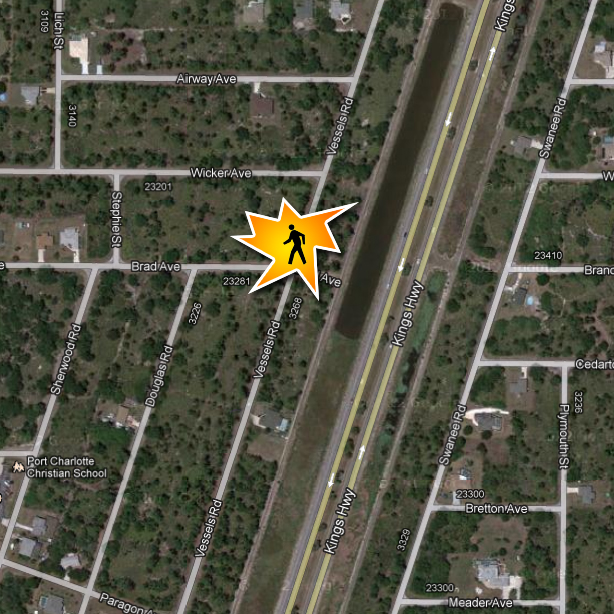 Florida Highway Patrol reported a hit and run that resulted in Kyle J. Wells, 23 of Port Charlotte being critically injured.

While walking along the roadway,south of Brad Avenue on Vessles Rd Wells was struck by a northbound car fitting the description of a Mercury Grand Marquis  just prior to 3 in the Morning. the driver of the car did not stop and sped off after hitting Wells.