Man From Pinellas Killed In I-75 Crash

Man From Pinellas Killed In I-75 Crash 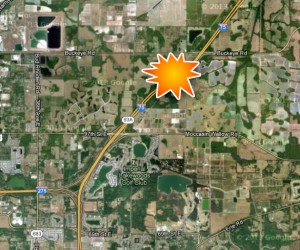 An accident on Interstate 75 in Manatee County has claimed the life of a man from Gulfport Florida reported Florida State Troopers.

The accident occurred when the victim, Kyle Green of Pinellas County apparently lost control of his Dodge Durango at high speed a few miles north of the I-275 junction.

Witnesses told FHP officials that a Green SUV driving south at a high rate of speed suddenly approached slow traffic. The driver of the SUV veered to the right to attempt to avoid colliding with the vehicles and lost control.

The sudden move at high speed caused the SUV to spin violently and slide off the highway where the vehicle slammed into a stand of trees driver-side first.

The force of the impact killed Green, FHP has not filed charges.