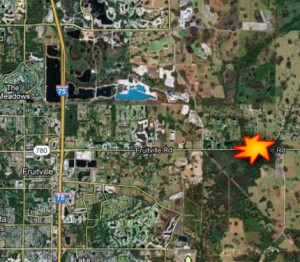 The motorcyclist was going west on Fruitville Rd when as he approached the intersection of Fruitville and Vic Edwards Rd when he edged into the eastbound lanes to pass an F-150 pickup truck driven by Michael McMurray.

The motorcyclist,  Alva Graber a thirty six year old from Sarasota, collided with the truck  and the force of the collision ejected Graber from the motorcycle and onto the roadway.