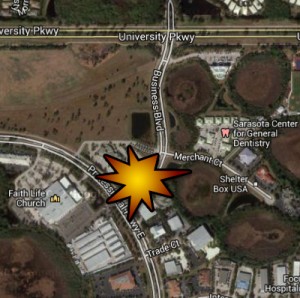 FHP reported that a car crash Tuesday night resulted in the death of a Bradenton man.

According to state troopers the accident which took place in Manatee County east of I-75 at roughly 7:45. The report states that the driver of a Cadillac CTS, Randy Hedrick for reasons unknown crashed into a curb, abruptly turned and then crashed into a building.

The accident took place at 6001 Business Blvd at an office park near University parkway, and troopers also said Hendrick had his seat belt on. Police are continuing to investigate the cause of the accident.