Two drivers who caused separate hit and run accidents in Bradenton are being sought by the Florida Highway Patrol. 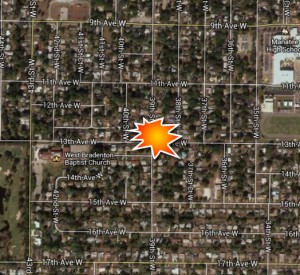 The first hit and run in Bradenton occurred at quarter before 5:00p.m Saturday when the driver of a Jeep Cherokee ran a stop sign on 13th Ave. West and smashed into another car already proceeding through the intersection at 39th Street W.

Witnesses said the Jeep Cherokee was grey or silver and the drier appeared to be a fifty-year old white man.

The force of the collision was enough for the driver of the hit car, Sheila Tschida from Bradenton, to sustain minor injuries and require medical treatment from Blake Medical Center.

A separate hit and run on Sunday happened at 11p.m. 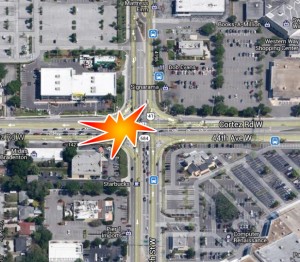 At the left turn lane of the  intersection of Cortez Road and U.S. 41 a Nissan sedan was stopped waiting to turn. A Dodge Durango SUV crashed into the rear of the Nissan and then fled the scene.

The Nissan’s driver Sarah Mellon from Bradenton pursued the Durando after the crash and was able to get a license plate number, M462IL. The collision was enough for Mellon to sustain minor injuries and seek treatment at Manatee Memorial. Florida Highway patrol troopers have asked witnesses to contact them at (239) 938-1800.