Florida Highway Patrol reported a motorcyclist was killed when his Harley Davidson collided with a Toyota 4 Runner Monday night. 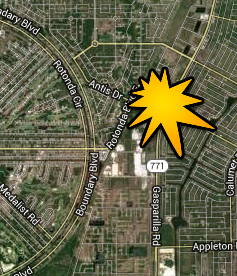 The accident took place just east of Englewood as a Toyota 4Runner SUV with 2 small children as passengers were northbound on Gasparilla Road approached the intersection with Keystone Blvd. A motorcyclist in the southbound lanes of Gasparilla Road attempted to turn left onto Keystone across traffic but failed to see the oncoming SUV.

The resulting crash gravely injured the motorcyclist, George Souza, a 64-year-old from Port Charlotte. Souza was taken to Englewood Community Hospital where he was pronounced dead. FHP troopers said Souza was not wearing a helmet at the time of the accident and that all of the passengers in the SUV, were wearing seat belts and are uninjured.