Florida Highway Patrol reported two motorcyclists were injured attempting to avoid a collision with a pickup truck in Manatee County. 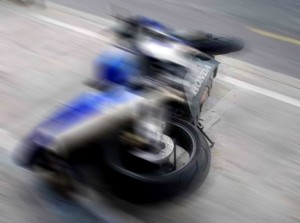 The accident happened when the motorcyclists, Eddie Cruz a seventeen year old from Parrish and Wilfredo Feliciano a thirty three year old also from Parrish  were riding a Honda motorcycle heading east on 301,near Old Tampa Road when a silver pickup truck attempting to make a U-turn drove directly in front of the oncoming motorcyclists.

The Feliciano laid the bike down to avoid colliding with the truck and the motorcycle overturned. The pickup truck sped off fleeing the scene of the accident.

The driver of the pickup truck was a white male and witness reports indicate the make of the truck most likely a Toyota.

FHP troopers have asked anyone with knowledge of the hit and run vehicle or driver contact them at 239-938-1800.