Sarasota Accident Results In One Death And One Seriously Injured

Sarasota Accident Results In One Death And One Seriously Injured 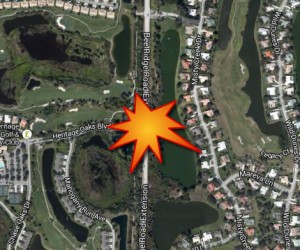 A car accident at Bee Ridge extension and Heritage Oaks Boulevard  proved fatal for one and resulted in serious injuries to another.

Florida Highway Patrol reported the driver of the Buick was Barney Radov and 89 year old from Sarasota. After the crash Radov was taken to Blake Medical Center where he was pronounced dead.

The driver of the pickup truck a 63 year old woman, attempted to avoid the crash by swerving and breaking hard but crashed into the left front of the Buick at speed.

The driver of the pick was taken to Doctors Hospital in Sarasota for treatment.