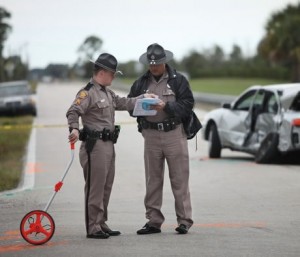 A fatal traffic accident killed one and seriously injured three others near Myakka on State Road 70.

FHP reported that  the accident took place Saturday afternoon when a 2008 Chevy Aspen heading east on S.R. 70 driven by Devin Gilmore a 31 year old from Arcadia and his passenger Allison Gilmore, 29 also from Arcadia lost control of the car and swirved into to west bound lane. After entering the lane they collided with 1999 Chevy Cavalier near Curtis Road.

Florida Highway Patrol have charged the driver of the Aspen with failing to use due care.