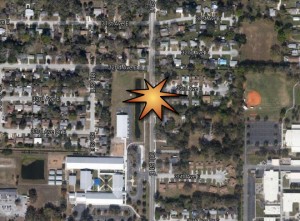 The accident occurred when a motorcyclist, Dustin Krum of Bradenton and a motorist, Ethel Rearn a 76-year-old from Sarasota, were stopped at the intersection, when a Lincoln Navigator approaching the intersection failed to stop and crashed into Krum’s 2006 Honda Italia CB600F motorcycle. The force of the impact shoved the motorcycle into the back of Rearn’s Kia Sedona. 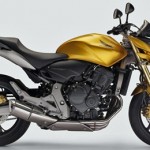 The driver of the Lincoln Navigator,  Brandy Fransworth 34 of Bradenton, claimed a drink bottle fell onto the floor and rolled under the beak pedal preventing the pedal from being fully depressed.

Motorcyclist Dustin Krum was taken by paramedics to Blake Medical Center in critical condition, neither Fransworth or Rearn were harmed in the collision.