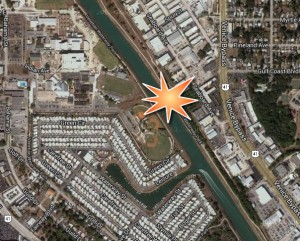 Florida Fish and Wildlife Conservation Commission reported A boating accident on the intracoastal waterway in Venice resulted in the death of a 41 year-old woman.

The Florida Fish and Wildlife Conservation Commission are still investigating the accident but have released the following details. At 7p.m. police officers from the Venice marine patrol found Alicia Starkweather in the water unconsious and being held afloat by John Antolak. Antolak stated the 17-foot bow-rider they were riding in struck a manatee and he lost control of the boat causing him to crash into the rocks lining the waterway across from Venice High School.

Alicia Starkweather was flown to Blake Trauma Center in Bradenton were she died not long after arrival.

Antolak was reported to have taken a blood-alcohol test at the scene and officers have yet to release the results of that test.

Antolak has not been charged yet however the accident remains under investigation by both The Florida Fish and Wildlife Conservation Commission and the Venice Police Department.