Sedan vs SUV Crash Leaves Woman From Bradenton In Critical

Sedan vs SUV Crash Leaves Woman From Bradenton In Critical 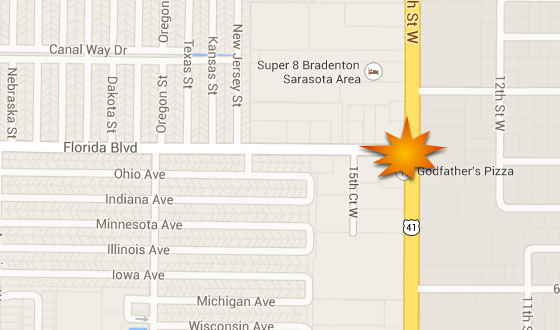 The driver of a Chevrolet Impala sedan remains in critical condition after being involved in a violent auto accident in Bradenton Florida  at the intersection of U.S. 41 and Florida Avenue.

Florida Highway Patrol reported that the crash took place when the sedan which had been driving on U.S. 41 attempted to enter the left turn lane of north bound traffic. A Hyundai Santa Fe was already in the lane waiting for traffic to pass and the sedan crashed into the  the stopped SUV. The Impala smashed into the right rear side of the SUV.