Florida Highway Patrol reported a crash between a pick up truck and a scooter Thursday night. 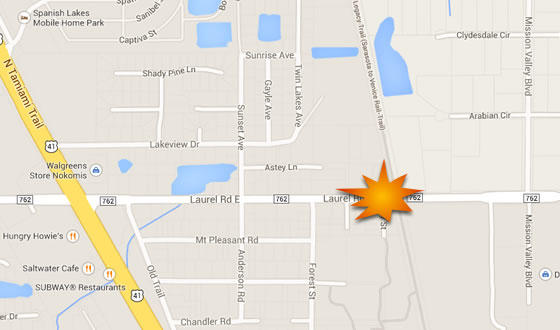 The crash happened at approximately 6:30 when the rider of a motor scooter was heading east on Laurel Road. At the intersection of Laurel Road and the Legacy Trail a Toyota pickup truck was stopped yielding to traffic.

The scooter, being driven by Alan E. Pope a fifty three year old, crashed into the back of the pickup truck. Pope was not wearing a helmet at the time of the crash.

First responders arrived at the scene and Pope was pronounced dead by EMS.The driver of the pickup truck, Andrew Nicol from North Port was not hurt in the crash.