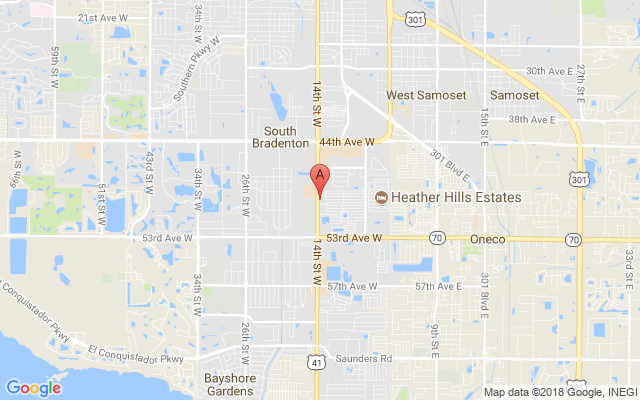 Manatee County Florida – A news release from the Florida Highway Patrol announced that an unidentified cyclist was killed in a traffic accident on US 41 in Bradenton Sunday evening.

According to the release the accident happened as a forty seven year old unidentified bicyclist was riding along U.S. 41 in Bradenton.

At the same time, sixty year old Annette Boarini was northbound in a Toyota Scion approaching the driveway at 4931 U.S. 41, Bradenton Florida.

At approximately twenty minutes till 9:00pm, the Bicyclist turned west from the driveway at 4931 U.S. 41, and road directly into the path of the oncoming Toyota Scion.

The Toyota sedan crashed into the Bicyclist and threw them onto the roadway. First responders transported the injured cyclist to Blake Medical Center where they died from their injuries.

The law offices of Shapiro Goldman Babboni Fernandez & Walsh urge all cyclists to take extreme care when attempting to cross our busy streets. We have seen too many instances when a cyclist is struck while attempting to cross, Tamiami Trail, 301, Fruitville Road and many others. It’s important for cyclists to remember that motorists are looking out for other vehicles and will often simply not notice an approaching cyclist even in broad day light.

If you or a loved one has been involved in a car accident in Bradenton,
feel free to contact us for any questions or visit our website at: