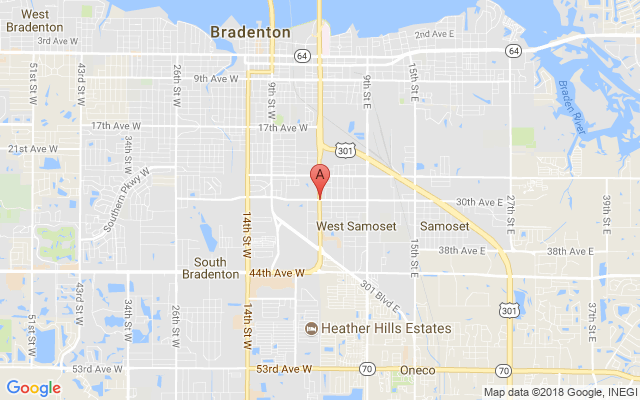 Bradenton Florida – A report from the Florida Highway Patrol announced two people were injured in a four-vehicle crash.

The report states that the accident happened when thirty one year old Sarasota resident Adam Azar was driving his F-150 pickup truck on U.S. approaching the intersection with 30th Avenue West.

Azar closed on slow traffic too fast and in an effort to avoid rear-ending the slower traffic, swerved left. However the sharp turn cause Azar to loose control of the pick up truck, where it began to skid and spun across the lines into the opposite lanes blocking oncoming traffic.

As Azar spun out of control in the F-150 pick up nineteen year old Gissell Pax from Bradenton was approaching from the other direction driving a Chevy Trailblazer SUV. The F-150 entered the path of Pax’s SUV and the SUV collided with the F-150 pickup truck.

After crashing into the F-150 the Chevy Trailblazer was knocked into a spin where it skidded in front of an oncoming Nissan Titan pickup truck driven by seventy year old Roy May Junior from Ellenton. The Nissan Titan pick up truck then slammed into the Chevy SUV.

A fourth vehicle was also caught up in the chain reaction crash.  Twenty five year old Nora Thieringer from Ellenton was driving a Kia Forte SUV and was un able to avoid a collision, crashing into Azar’s Ford F-150 pick up truck.