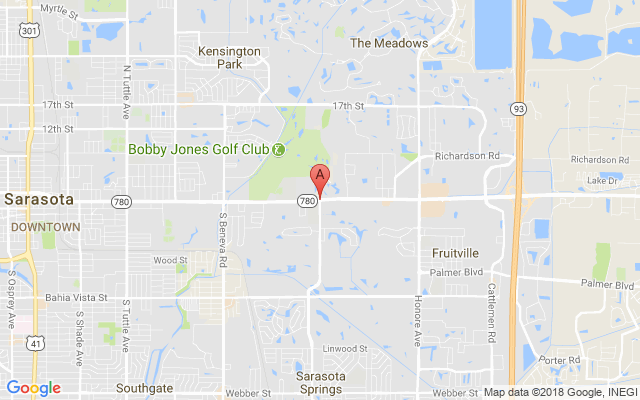 According to a report from the Florida Highway Patrol, three people were injured in a traffic accident on Fruitville Road in Sarasota Sunday night.

At the same time nineteen year old Nathan Buckingham was eastbound on Fruitville in a Dodge Ram pickup truck also approaching the intersection with McIntosh Road.

At approximately seven-thirty in the evening, Walker entered the intersection and attempted to turn left onto McIntosh Road. As Walker began his turn, he drove his Kia sedan directly into the path of the oncoming Dodge Ram pick up truck.

Seeing the Kia turning into the intersection, Buckingham attempted to avoid a collision by swerving toward the left, away from the Kia, however the Kia still slammed into the right rear of the pick up truck. The force of the crash caused the Dodge Ram to spin into the adjacent turn lane where it partially obstructed the lane, and ended up in the path of the third vehicle, a  Chevrolet Equinox SUV driven by sixty five year old Sarasota resident Castels Hatley.

Hatley’s Chevy SUV collided with the left rear of Buckingham’s Dodge Ram pickup, and all three vehicles came to a stop.

The report from FHP stated that all three drivers had been wearing seat belts during the accident.