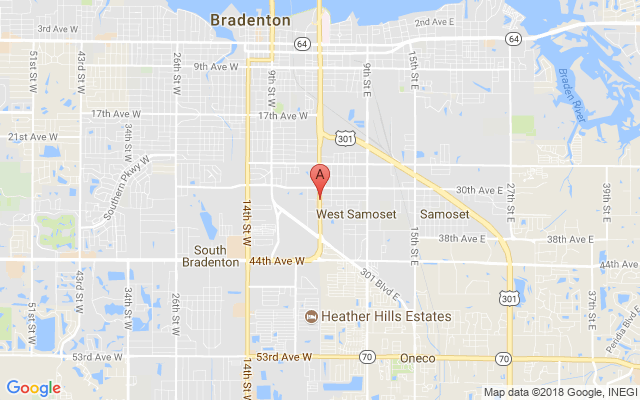 Bradenton Florida – One man was seriously injured in an auto accident on U.S.41 Tuesday.

According to a report from the Florida Highway Patrol, the accident began as 57 year old Gloria Dudley of Bradenton, was stopped in the southbound turn lane waiting for traffic to clear at the intersection of U.S. 41 and 32nd Ave East in a 2005 GMC Envoy sport utility vehicle.

At approximately 12:40p.m. Dudly attempted to turn left from the turn lane on U.S. 41 onto eastbound lanes of 32nd Ave East, and drove directly into the path of the oncoming Vespa Scooter.

The GMC SUV collided with the right side of the scooter on U.S. 41 ejecting Armstrong from the vehicle and onto the roadway.

Armstrong suffered serious injuries from the crash and was taken to Blake Medical Center in Bradenton for emergency medical care.

Dudley has been charged with Violation of right of way while making a left turn, and officials from FHP have stated that alcohol was not a factor in the crash.