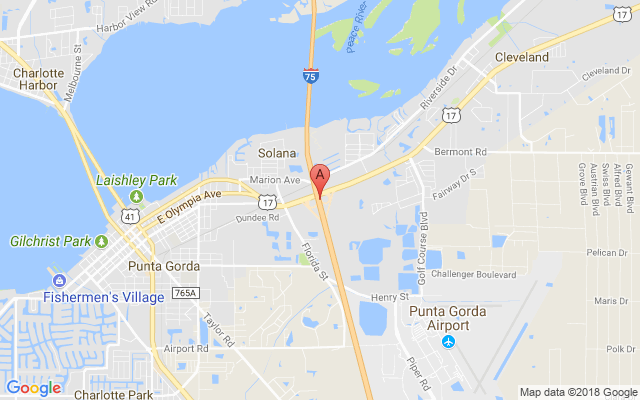 The accident happened in Punta Gorda when 36 year old motorcyclist Renata Angeles from North Port, was southbound on I-75 approaching the exit for U.S. 17 (Duncan Road) on a 2003 Yamaha Motorcycle.

As Angeles attempted to exit the highway and negotiate the turn onto the ramp, she lost control of the motorcycle and overturned.

After overturning Angeles was thrown from the motorcycle and continued to down the road until coming to a stop on the grass shoulder roughly 350 feet south of the exit ramp to U.S. 17.

Angeles suffered serious injuries in the crash and was taken to Lee Memorial Hospital for emergency medical treatment.