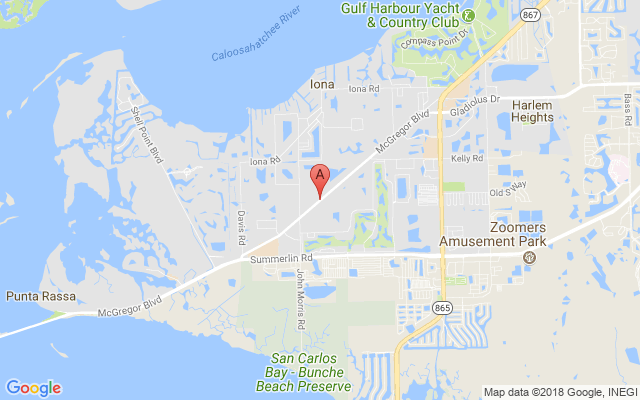 The report states that 34 year old Justina Hill from Ft. Myers was driving northbound in the left-hand turn lane of McGregor Blvd., approaching the intersection with Water Lane in a 2012 Kia Sorrento SUV with passenger, 15 year old Caleb White, also of Ft.Myers.

At the same time 22 year old Jose Reyes Rosales from Ft. Myeres was approaching the intersection from the south on a 2008 Suzuki motorcycle.

At approximately 9:54 pm, Hill attempted to turn left from McGregor Boulevard across traffic onto Water Lane and drove directly into the path of the oncoming motorcyclist.

Rosales had no time to react and slammed into the rear passenger side of the Kia at speed. Rosales was thrown from the motorcycle onto the roadway.

Rosales was later pronounced dead at the scene by EMS.

Officials from the Florida Highway Patrol stated that Rosales had been wearing a helmet during the accident and that Hill has been charged with violation of right of way.