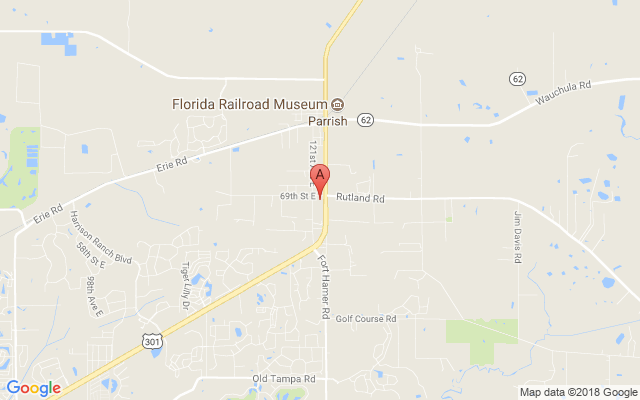 The crash took place as 22 year old Ashley Rhodes from Manatee County Florida was driving a 2011 Honda Accord sedan westbound on County Road 675 (Rutland Road) approaching the intersection with U.S. 301.

As Rhodes closed on the intersection, 16 year old Logan Judd from Manatee County  was driving a 2016 Dodge RAM 1500 pickup truck northbound on U.S. 301 in the right lane with passenger Kamren Mitchel, 16 also from Manatee County.

At approximately 6:35 P.M., Rhodes attempted to enter U.S. 301, turning left without yielding to traffic and drove directly into the path of the oncoming, full-sized Dodge pickup truck.

With no time to avoid a collision the front of the Dodge RAM pick up truck slammed into the side of the Honda Accord at speed.

The force of the impact turned both vehicles to the northwest where they finally came to a stop on the sidewalk of the west shoulder of U.S. 301.

Rhodes was transported to Manatee Memorial Hospital where she died from her injuries.

Neither Logan Judd or his passenger Kamren Mitchel were injured in the crash.

The accident completely blocked traffic on U.S. 301 while investigators and tow-truck crews cleared the wreckage.

Officials from the Florida Highway Patrol have said the crash remains under investigation.