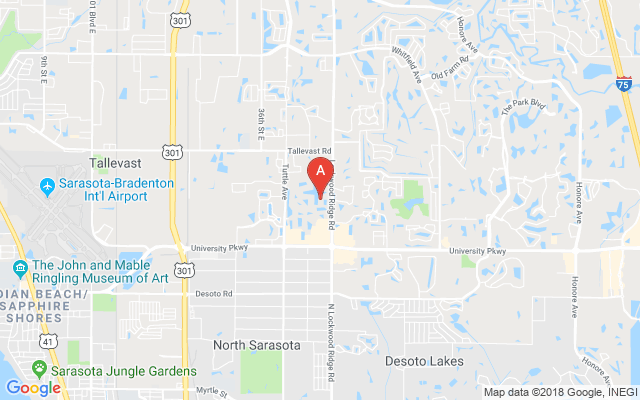 The accident unfolded as 35 year old Jason Lee Moore of Sarasota was driving a 1999 Nissan Pathfinder SUV northbound on Lockwood Ridge Road in the right lane.

At 11:24 P.M. Moore suddenly swerved to avoid colliding with the slowing traffic causing the SUV to drive across left northbound lanes and right southbound lanes where it impacted with a raised median.

After running over the median the Nissan drove northwest running over the curb and hitting a tree. The SUV was redirected after the collision with the tree where it slammed into a utility pole finally coming to a stop on the western shoulder of Lockwood Ridge Road facing North. No skid marks were made during the crash possibly indicating the brakes were not strongly applied as the SUV went out of control.

Moore was critically injured during the crash and was transported to Sarasota Memorial Hospital for treatment. No other people where hurt in the crash.