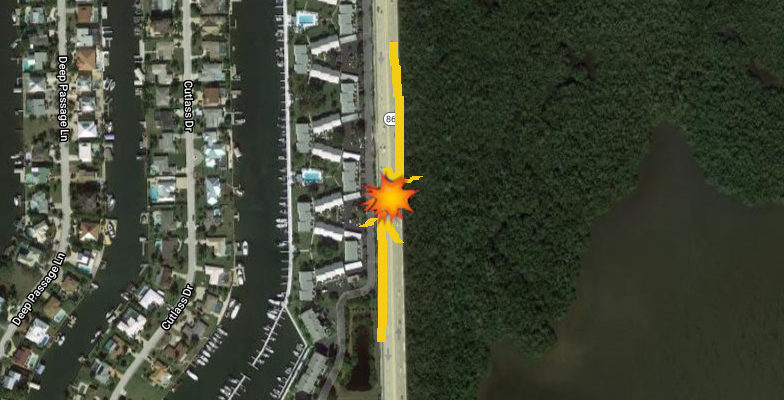 Immediately before the crash 53-year old David Pennington from Arizona was driving a 2017 Lexus E350 northbound on San Carlos Blvd.  At the same time, 33-year-old Samantha Green from Ft.Myers Beach was driving a 2004 Jeep while traveling southbound on the same road.

At 9:24 AM, the driver of the Lexus failed to judge the dividing line and collided with the front of the Jeep in the southbound lane of San Carlos Blvd. As a result, the jeep overturned and came to a final rest facing southeast and partially inside the lane. The Lexus came to a final rest facing north while in the southbound lane. As a result of the crash, 54-year-old Virginia Giebel of Arizona who was the passenger of the Lexus died in the crash.

All persons died due to fatal injuries, including the passenger.

3/16/2020  UPDATE: Both David Pennington and Samantha Green have next of kins, in addition, the next of kin for the passenger has also been made.

The crash remains under investigation.