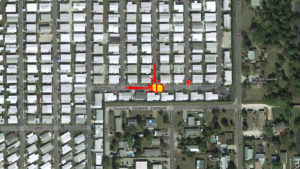 NAPLES FLORIDA- Florida Highway Patrol has announced a man has been killed in a golf cart crash at a neighborhood in Naples early Thursday morning.

The crash happened as 51-year-old Sergio Ortega Silva was driving a Mack Waste Management truck while backing up west approaching pier I. At 11:56 AM 72-year-old, Dennis Barefoot was riding a genesis golf cart while traveling east on Flounder Drive approaching Pier I. The rear of the garbage truck crashed into the front of the golf cart.

Dennis Barefoot was killed in the crash.

The crash remains under investigation.